Join us every Monday afternoon at 1:00 p.m. for a free screening of an award nominated or newly-released-to-DVD movie. Enjoy some popcorn and stay afterward to talk about the movie with your neighbors. Film ratings range from PG to R, so this program is intended for grown-ups.

Please note: Planned dates may change after the Academy Award nominations are announced in late January.

How can the library show these movies?
Burlington Public Library needs a public performance license for every movie it shows. We pay annually for licenses from Movie Licensing USA (also known as Swank Motion Pictures) and the Motion Picture Licensing Corporation. These licenses cover many, but not all, movies. We are very careful to limit our public performances to films that we have a license to show.

Why movies? Shouldn’t you be doing something with books?
Movies are fun! They’re also something that people can experience together relatively easily. Shared experiences are one way to build a community. Our world has so many choices for books (we have over 60,000!), movies, television shows, websites, news sources, et cetera, that it can be harder and harder to feel connected to people. Also, again, movies are fun!

How do you choose the movies?
Our original starting point was Oscar Movie Mondays. Many prestige films are dropped late in the year for awards consideration, but don’t necessarily get a screening outside of a big city. That means that when the list of Academy Award nominees is announced, many folks haven’t heard of any of them. So we show the ones that we can get licensing for and obtain legally on DVD in a timely manner. Beyond that, we try to show movies that are well reviewed and that we think will be thought-provoking and interesting to our audience.

Why don’t you play [my old favorite]?
We try to stick with recent films. Our experience has been that while we all might have a soft spot for certain older films, not as many people come out of the house for them.

I can’t believe you played [that violent/salacious/dumb] movie!
If a movie is nominated for an Academy Award, particularly in the Best Picture category, we’re going to show it if we can get the licensing. We don’t condone every movie, but we certainly don’t censor. 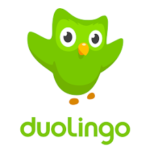 Can only be accessed inside your Library.